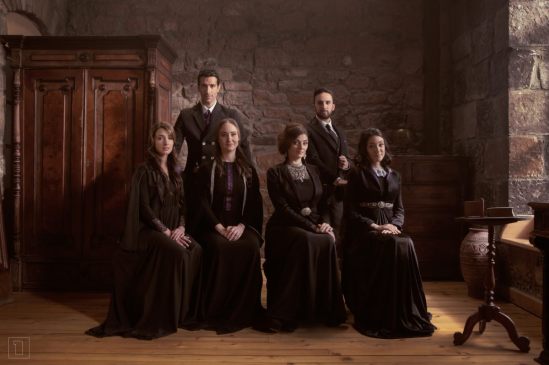 On the eve of invading Poland on August 22 1939, Adolf Hitler – seeking to justify the efficiency and value of genocide – asked his commanders rhetorically: “after all, who today still speaks of the annihilation of the Armenians?” His argument, the argument that propped up the Final Solution and the Third Reich as a whole, was that the destruction of an entire race of people was not only possible, but that the perpetrators would remain free from reproach.

A century on from the Armenian Genocide and that question still bears repeating. Few today still speak of the annihilation of the Armenians. Few people speak of Armenia or the Armenians at all. So let’s speak about it. 100 years ago, Ottoman Turkish forces rounded up and murdered 1.5 million ethnic Armenians living within their borders , roughly 75% of the Armenian people in the world at the time. It wasn’t the Ottoman Empire’s first attempt to murder Armenians, nor was it their last, but it was their most brutal and most sustained effort; their most meticulously planned. The massacres involved mass burnings, drowning, poisoning, rape, and starvation. Few made it out alive, and fewer still made it out with their families beside them. Those that did escape – my family amongst them – were left with hellish images burned into their memories.

Genocide denial may seem like a bizarre concept in the Western world. Indeed, Germany, Uruguay, France, The Vatican, 43 US states, the individual governments of Scotland, Northern Ireland, and Wales, and dozens of other governments have come forward and officially recognised the massacres as an attempt to destroy a people.

Not Turkey, though. The Turkish government not only refuses to acknowledge the massacres as genocide, but denies the massacres altogether. They were, they say, a botched security measure during the War, an “alleged” crime that was mostly the fault of the Armenians in the first place. The Turkish government have bought off US congressmen to lobby for denial and founded institutes to look into their history and paid the historians within them to find that nothing sinister occurred . Having been scaled down after the high-profile trials of Orhan Pamuk and Elif Safak, Article 301 of the Turkish constitution now places only a two-year jail term on “denigration of the Turkish Nation”, a law that has led to journalists and members of the public facing prosecution for referencing the genocide . It’s a concept backed up by America and the UK, both of whom refuse to officially recognise the events despite promises to the contrary, mostly for strategic military purposes . The BBC still puts the word genocide in inverted commas.

This leaves a bitter taste in the mouth. The Armenian diaspora – larger in numbers than the population of modern Armenia – is defined by those events. Were it not for the genocide, they would not be in whichever far-flung part of the world that they have ended up in. So, to turn a blind eye to Turkey’s crimes not only sends a signal to the world that mass murder can go unpunished; it also tells the Armenian people that their trauma is a symptom of a lively imagination, that their existence in London, Los Angeles, Beirut, or St. Petersburg is not the result of an empire trying to destroy their ancestors’ lives and cultures, but instead a side-effect of a war that imposed on everyone. It covers over the stories of those that fought to defend their families’ lives in places like Musa Dagh, rallying against forces many times larger and more powerful than they were.

The lives of Armenian people today and the continuation of diaspora culture – cooking the food and speaking the language that the Ottoman Empire sought to wipe away like a nasty stain – is an act of defiance, a statement that Turkey failed.

In a culture of denial and silence, visibility is a radical statement in itself. System of a Down – themselves members of the diaspora – have quite literally flown the flag for the Armenian people since they gained unlikely mainstream recognition at the turn of the century. Their recent reformation and free show in Armenia’s capital Yerevan beautifully turned the centenary of the genocide into a defiant celebration rather than the morose spectacle that it likely would have been.

Aside from that, though, the Kardashian family have been the only bona fide celebrities with links to the country. Not that that’s all bad. Kanye West and Kim Kardashian made a pilgrimage of sorts to the country just the other week and, with the eyes of the entertainment media squarely on them at all times, forced the genocide into the spotlight. Like System of a Down, the Kardashians are treated as heroes by many of Armenian descent, not necessarily because of their personas, but because they are prominent in the Western cultural landscape. In the face of adversity and reticence, that’s progress.

Outside of this, and with little sporting prowess to speak of (occasional Olympic medals for Greco-Roman wrestling and weightlifting aside), the spotlight can only really remain on the Armenians sporadically. There is only one annual event that guarantees the country and its descendants any attention. Armenia revels in the Eurovision Song Contest.

Given that the competition relies heavily on both a camp adoration for Eastern European idiosyncrasies and an appreciation for ancient stringed instruments, it shouldn’t be too much of a surprise that Armenia has had a pretty consistent record in Eurovision since its first entry in 2006. They’ve broken into the top five on three occasions, rarely falling into the nether reaches of the standings.

More important, though, is the controversy that they end up courting almost every year. At war with neighbouring Azerbaijan – a country complicit in the massacres and politically keen on anti-Armenianism ever since – Armenia’s songs are often seen as statements of aggression in what the West perceives as a petty squabble between two insignificant nations.

Take Emmy’s 2011 entry ‘Boom Boom’, a seemingly innocuous and frivolous track that, through very broken English, appears to be about a crush of some sort. She was reminded that “Boom Boom” might be perceived as an aggressive title given the political climate. It remains the only of the country’s entries to fall at the semi-final stage.

In 2009 Azerbaijani authorities tracked down citizens that had voted for that year’s Armenian entry by phone and questioned them on the grounds that their actions were unpatriotic . That same year, Armenia went out of their way to wind their neighbours up by showing images from the disputed Nagorno-Karabakh region that the war centres on during their typically cringeworthy results announcement .

Aside from Armenia withdrawing from the 2012 contest in Azerbaijan over very serious security concerns, this all sort of looks petty and amusing. Whatever deep and damaging concerns and histories lie beneath such a conflict, we in the West will always see such things as beneath us.

But this year is different. Rather than pick a fight or prod at their local antagonists, the Armenian Eurovision entry for 2015 is essentially a closed system, a concept so simple that any criticism it might court will only be seen as unfair aggression.

It’s not entirely subtle, though.

To mark the centenary of the genocide, the country has put forward the closest thing to an Armenian supergroup that they plausibly can with the English-speaking musicians at their disposal. There’s some decent talent in there, but the quality is somewhat by the by. They’ve called the group Genealogy. If that appears to lack subtlety, we’re really just scratching the surface.

The ‘supergroup’ is made up of six people of Armenian descent, five of them from different continents and, in the middle, one resident Armenian tying them together. There’s an Ethiopian-Armenian dub/dance musician, an Australian-Armenian opera singer, a Japanese-Armenian pop star. It’s bizarre in any number of ways.

The track itself, a solid rock ballad with roaming harmonies and the obligatory Eurovision fiddle bridge, works pretty well even as a standalone pop song. Again, though, the quality is almost irrelevant. The commission has already had to change the name of the song from “Don’t Deny” to “Face The Shadow” – frankly just a more poetic way of saying “Don’t Deny” – because of protests from Turkey and Azerbaijan. The lyrics remain the same, of course, with a refrain endlessly repeating the original song name.

The crowning achievement of the entry, though, is its video. When the edit jumps away from the group themselves, there are shots of Armenian families gathering to have photographs taken in early 20th Century dress, mothers and their sons, idyllic shots of familial tenderness. As the chorus rings out for a second time, the people in the images fade away, leaving only empty chairs. It is visible absence.

By the end of the fiddle solo, the chairs are full again, each member of the band occupying a space, staring defiantly back at the camera. The descendants of now invisible people, their very existence, like the food and language of a diaspora, is as radical a statement on the failure of their oppressors as is needed.

And therein lies the genius. That these disparate people exist, gathered from all over the world, is a direct result of genocide, of fleeing in the face of mortal danger. So, whilst it’s always possible to protest about lyrics or song titles or even choreography, attacking a band because of their members’ birthplace is beyond even Eurovision’s remit for political neutrality.

The UK and The United States have already passed up the opportunity to recognise the events of 1915 this year. The annual march through London, one of hundreds around the world, has been and gone, and the easy get-out of an anniversary has passed. Eurovision, then, might be Armenia’s best shot at visibility in the West.